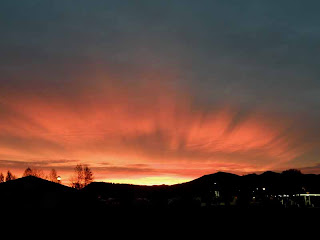 I forget actually when I did it, I’m thinking now probably in the early 2000’s; I made a “bucket list” for our RV travels (which I posted). Despite dutiful searching of my hard drive and website I can no longer find it (multiple computer and web crashes since) but I remember some of the things. We have accomplished some, albeit maybe not in the places I imagined. For example, I imagined seeing New England’s fall foliage from a curvy back road on a motorcycle—we didn’t exactly make New England but we had a good glimmer in Wisconsin in the fall of 2006. I also remember wanting to canoe the swamps of South Carolina, see the mansions of Charleston and Savannah on a humid day in summer, and eat lobster on a rocky Maine coast. Nope: didn’t get to those. 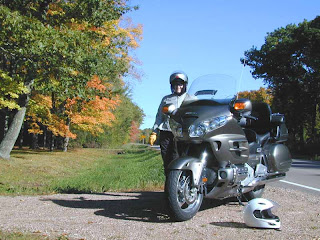 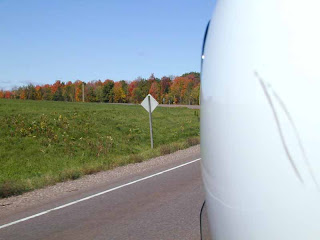 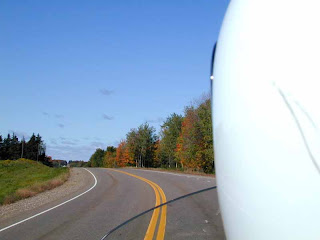 With a major birthday looming in November I have been dwelling of late on bucket lists. At 60 it dawns on you (if not before) that you aren’t going to live forever and in fact, statistically, quite a few people actually don’t make it out of this decade into the next. So I’ve been pondering: is my bucket list the same now as then? What does it all really come down to? What if I only have a few years left to live? How do I want them?
There was a good analogy done on video by a famous RV guru, Gaylord Maxwell. He was in his 70’s and giving a seminar when he unveiled a standard tape measure for a demonstration. He measured out an inch for every year he had lived. The tape looked long. Then he held that measurement and measured out a standard life expectancy for a man his age and then held his age and the expectancy between two fingers. It looked woefully small. Then he asked: “What are you going to do with what’s left on your time line” Gaylord died of a heart attack unexpectedly less than two years later; not making his "expected" time line.
Today, would my bucket list look the same? I would have to answer “I don’t think so.” I guess with expanding age, my horizons seem to have shortened. The brutal truth of what an awful recession has wreaked on our finances and our abilities to be employed has been “enlightening” to say the least. Life no longer seems “out in front, but behind”. When did I suddenly turn THAT corner? There’s nothing like no one wanting to employ you that will bring home the fact that you are now among the unwanted; that you are worn out; that you are old; indeed , as if you ever had doubt when looking into the mirror each morning.
My beautiful husband still tells me how he finds me desirable. But it breaks my heart to see him realize, at five years younger than I, that he is now recognizing all of the above when before he felt himself bulletproof. After all—he was at the top of his game—a lifetime of knowledge and skill gleaned from years and years of hard work and application and just the drudge of plain showing up for the grind year after year. A lifetime of experience: it’s as if it now means nothing. He watches inept people who are working and says “They have a job. Why don’t I?”
I’m trying to start a new bucket list. I guess such is always tied to dreams, isn’t it--but the list is much shorter than the one I did before. I find it’s a mix of practicalities and wild exaggeration and I wonder in my 60 year old heart, which will win out? Dare we live out the life we wish we could? One thing I have come to understand: bucket lists cost money. The great unknowable: I would spend it all on attaining that canoe trip in South Carolina or eating that lobster on Maine's rocky shore if I knew I wouldn’t make it out of my sixties alive. Thoughts of old age and not enough money haunt me; I am greatly saddened by the thought my bucket list will likely never be attained, even as I shorten it by leaps and bounds daily. Is it thoughts like this which lead to creating the bitterness we find in old people, full of regrets? But given finite resources and grandiose dreams, how to meld the two into something I can age and live with? Woe the child who is born a dreamer….life eventually crushes it out of the best of us. No wonder so many believe in Heaven; ever striving for what won’t be attainable on Earth.
Posted by Claudia at 7:06 AM