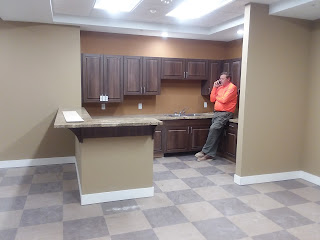 It’s been absolutely wild around the job site lately. We’ve been on the countdown to obtain all the city inspections and pass things for the Certificate of Occupancy and there’s been just myriad problems daily. We’re both working long hours with no breaks for days off.

Since last time, I lost my phone on the job and then someone stole it so I had to buy a cheap replacement. I figured losing one $700 phone was enough. I am not all that pleased with the replacement and you must bear with poor quality photos until I get back to my regular digital camera which I left in WI. Now I know why the huge difference in cell phone prices. The new one doesn’t appear to have image stabilization either, so I end up tossing half of the photos out as totally unusable.

I have been totally on the punch list end of things now for about two weeks and putting in way more hours than I ever intended. I have an Excel sheet I work from to fill in while I’m in the unit; then after doing so many my eyes swim from looking for defects, I go into the office and type and print them for posting in each unit. I am known on the floor as the blue tape lady that everyone hates to see coming! By now I have nearly all the units finished but I’m still working on the common areas and ancillary rooms. Once the subs do the corrections I will check the units again and then also do them again after final clean, which has already also started. I am also in charge of running that crew and checking on their work. 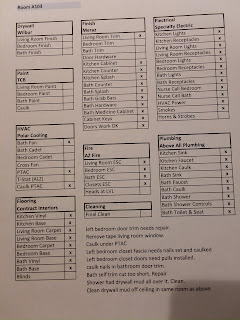 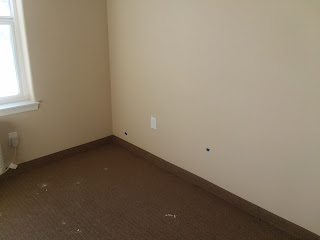 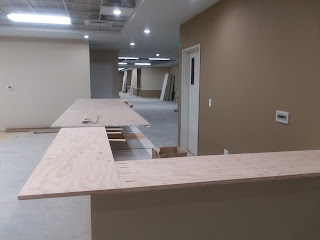 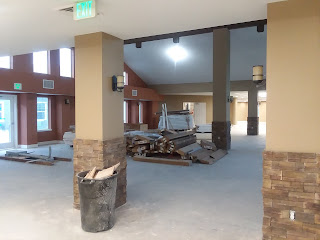 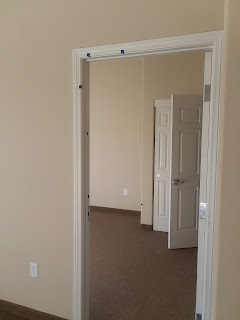 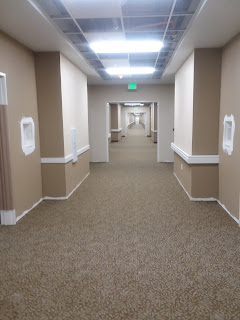 Much has been accomplished this week but I
wasn’t able to get many up to date photos with all that is going on. For three days, I was running a three-guy team of temp workers doing all the grunt, oddball work of cleanup and pickup, vacuuming endless hallways of newly laid carpet, etc. I’m glad that’s over; dealing with mindless and mostly lazy workers was worse than herding cats as they say.

In between all this commotion, our daughter Rachael got married to Eric in a private ceremony at the courthouse where they live in Texas. They did however, dress up and had professional photos taken and they looked stunning. They seem over the moon so we are very happy for them. 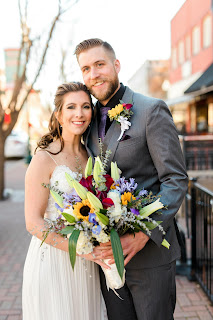 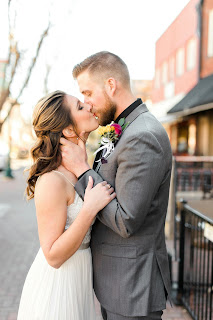 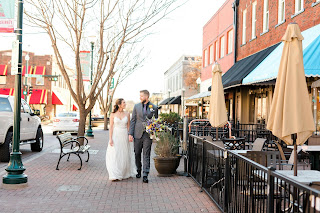 That’s about it for now but I will follow up soon (I hope) with some further finished pictures as the building is finally finalized and furnished. We are getting so anxious to finally get this over with and leave Yuma; you have no idea!
Posted by Claudia at 8:25 PM

My title refers to several items, one of which is that I haven’t meant for this update to be so late. All I got for Christmas, actually a week before, was terribly sick with the flu which has morphed into something the doctors don’t know what it is (bronchitis, pneumonia?) which keeps me coughing and so lacking in energy it’s all I can do to make it through the day without spending half of it in bed. I never get the flu so it was surprising this year when Marc got it and promptly passed it along to me a couple days later. Even the tough guy landed in bed and missed work. All I know, is that it seems since arriving in Yuma I’ve been nothing but sick. Can one be sick of being sick??


Given diligent advertising this season and managing lots of looky-loos, the miracle finally happened that a buyer came forth (finally) for our lot. A week later it was closed and all the worry and expense of that is off our backs. We’ll hope all goes well on that since we are carrying the financing for up to ten years but at least by offering non-qualifying owner terms I am convinced it helped it sell. Once this project is finalized, our ties to Yuma will be gone and I for one, do not wish to ever return. I am tired of the heat, the dust, unending desert and the lack of green and water. Put me back in the forest where I am most comfortable!

The project is making leaps and bounds to being finished and Marc is hopeful that can occur by late January. I still have yet to start any of the punch list portion of my job so I’m still just the clean-up as my depleted body will allow me. I suspect it will be February sometime when we make our move to the next project, in Mesquite, NV. Somewhere in there, Marc is due a vacation but we don’t as yet have a time frame. We intend to take the small RV somewhere along the coast and do some clamming and crabbing, our favorite pastime. By the end of March I should be up to my mother’s in Bend until I head my buggy east for WI in late April. 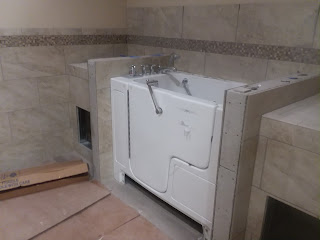 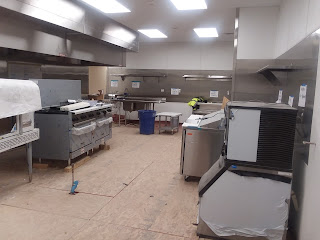 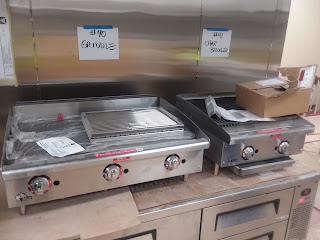 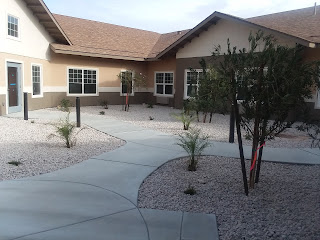 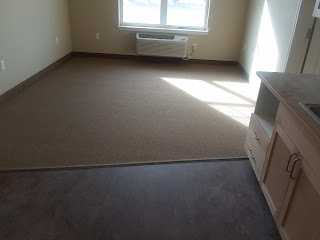 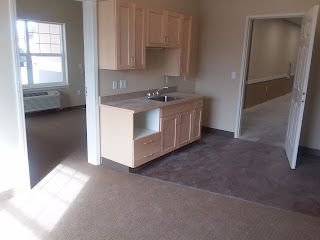 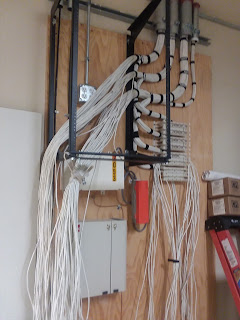 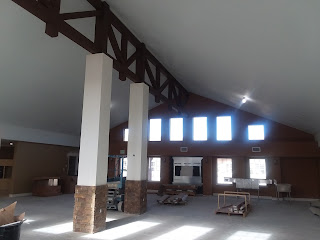 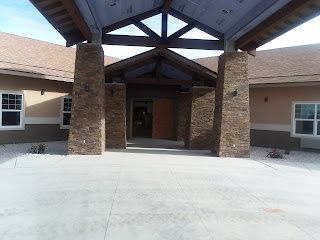 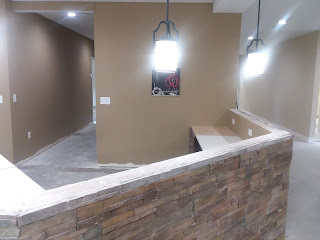 Despite the difficulties of our job-site living, the winter seems to be flying by. Not having enjoyed any of it however, I am seriously questioning if it pays for me to come west next winter or just to hunker down at home. The travel west is boring and difficult by myself with the cats, and I miss my home and low-key lifestyle that is rural Wisconsin. Surprisingly, I now also miss having weather—endless sunshine and warmth is not appealing to me as a steady diet. When it’s 80 degrees in January, supposedly Yuma’s “coldest” month, what’s left for the rest of the year?

I miss hearing downpours on the roof and against the windows, dark clouds scudding across a low sky, the fresh taste and utter quiet of a newly fallen snow. I miss hearing crickets at night, and frogs, and the feel of humidity in my nasal passages and against dry skin. I miss my flower garden, my veggie garden and watching the 30 or so birds that come to visit the feeder and bird bath daily. I miss porch sittin’ with a cold drink watching the traffic go by—often farmers on their tractors. I just wish I could stay home. As bad as it is for me I know it must be ten times worse for Marc, who never gets a day off, a break from the stress of the project, or to see home for any appreciable length of time. 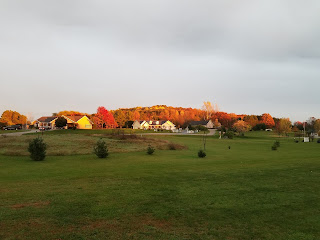 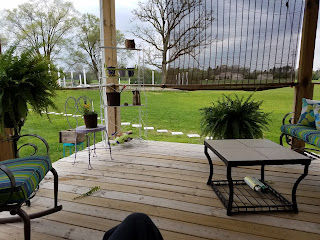 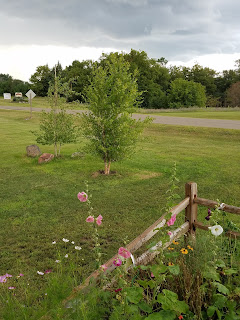 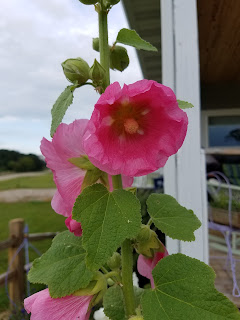 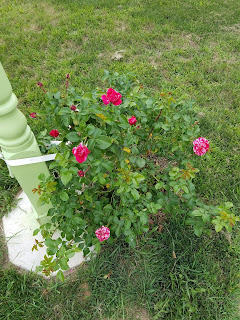 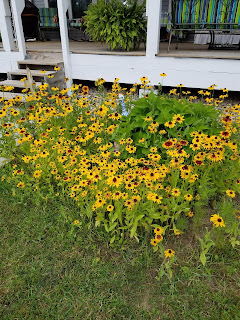 At least we made a giant stride towards getting closer to home by being able to sell the lot, so for that, we are eternally thankful.
Posted by Claudia at 1:33 PM