The End of an Era and New Beginnings 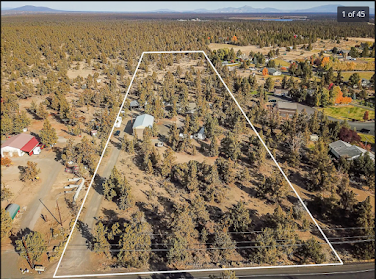 The close of 2021 saw the door closing on the Bend chapter of our lives; one we had a connection to for 32 years and the many important and fond memories that went along with it. My mother’s spirit still lingers in my hours and days and I think of her constantly, but nothing will change her being gone and now that my ties to Bend are totally severed, we can move on. Her property sold and finally closed escrow on December 30th. Despite her place being an old, run down 1985 manufactured home, it was on nearly nine acres, a gold mine in today’s Bend marketplace ‘cause as the saying goes “They ain’t making it anymore”, in terms of the land. We were astounded at its value.

Her gift is going to allow Marc & I to follow dreams we could never have attained otherwise. One cannot live in Wisconsin, visit the Northwoods, and not pine for their own lakeside cabin! Even though Wisconsin is an affordable state compared to those in the West, waterfront is waterfront everywhere—generally much more expensive than the average lot. Once we had escrow opened on the Bend property, we started our search for our own waterfront property. For us, purchasing overpriced old homes of poor construction, bad layouts, obsolete fixtures and appliances, heating systems, etc. just isn’t in the cards, despite their magnificent locales or views. We were looking for bare land to do our own thing.

After many frustrating and long trips northward in often very cold weather, looking at numerous parcels each time, we made our final trip north to look at just one possibility because I just knew from the listing photos, description, and Google satellite that this could be the one! After our entrance up the circle drive to the bluff top through mature and large pines and gazing out at the view, it took me mere minutes to know it was the one! Marc soon followed as we tromped the property through snow and its wetlands. We made an offer on it that day, which was countered and we accepted. Closing is set to occur on January 10th. 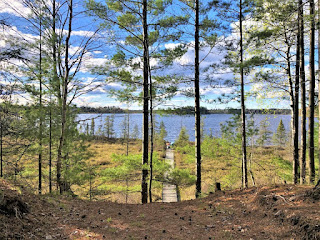 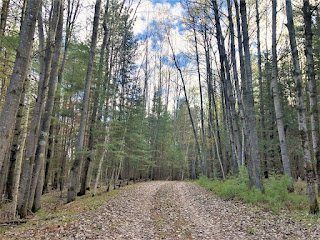 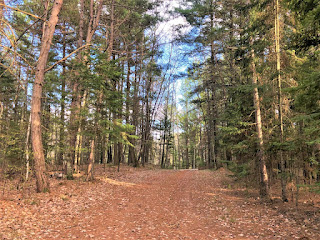 Here’s what we know right now. It is situated about a mile or two out of a small town of 1500, but which is a county seat and has a surprising number of well-known businesses headquartered. A dirt road comes off the paved road and this leads to a public boat ramp (small) and our property’s drive goes off that dirt road. 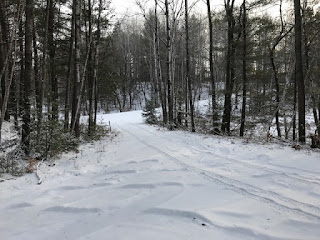 The parcel is 14.75 acres, but most of it is in wetlands, excepting for about three to four acres of bluff which sit above, giving magnificent views and total privacy because nothing else can ever be built anywhere around this parcel. The bluff is buildable and basically has wide open zoning, which would even allow for permanent camping as long as one has either a septic system or privy installed. Even a tiny home would be allowed! This is so rare for Wisconsin; I can’t tell you how elated we were to find something with no CCRs. 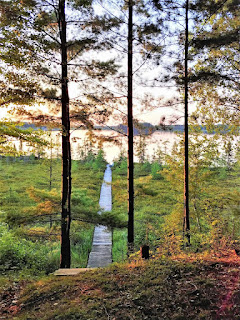 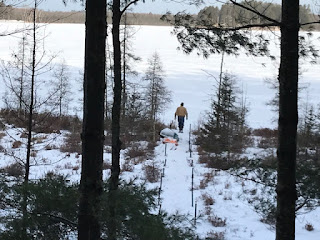 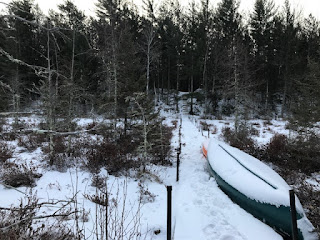 We’ve been working on choosing a floorplan, which took awhile, because initially we thought in terms of just a seasonal cabin but are evolving more towards something large enough to be livable on a permanent basis. We found a good middle of the road at an unusual style for us to like (totally shed roof) of about 1380 s.f., three bedrooms. We are changing some of the internal layout but not by much and will have a wood stove in lieu of a see-through fireplace. We needed a plan that was short on depth to take best advantage of our view and this will do that, having the great room and two bedrooms on the lake side, along with the large patio area which will be eventually closed in as a sunroom. 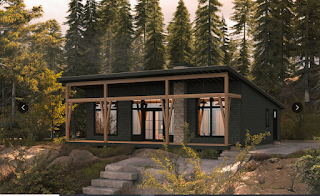 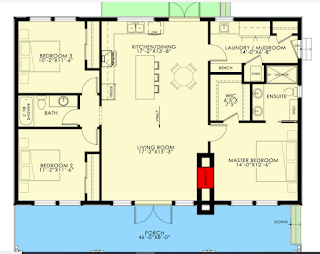 In addition, Marc plans on erecting his large shop/pole barn, which will house the RV off season, the boats, and vehicles. The Seller included two kayaks and a motorized canoe which were left on the property and we still have our two kayaks and aluminum fishing boat. The lake itself is 145 acres and because much of it is surrounded by wetlands and bog there are very few homes lining its shoreline. There is one cabin resort that is on the opposite shore. Our shoreline runs for approx. 1000 feet and already features a boardwalk across the bog to the lakeshore. We may later do a dock, which is allowed. 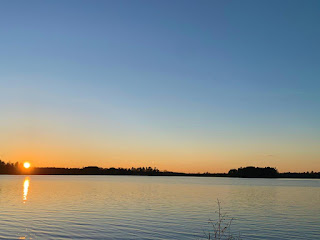 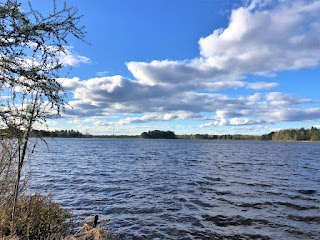 (Yes, there's an island, but it's privately owned!) 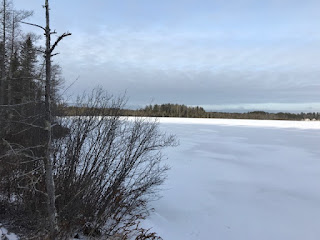 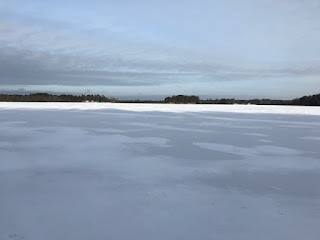 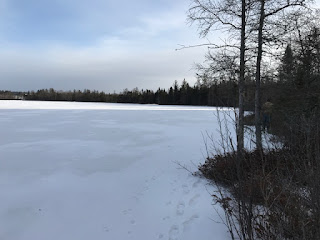 (What it looked like in ice the day we fell in love with it).

Soon, the hard work will begin as this property has no developed utilities at this point. It will require a septic, well, and electricity is about 400 feet away, as well as fiber optic cable, which we’re very excited to have! Marc intends to have the plan panelized for quick erection, meaning the wall framing, windows, and roof sheathing and trusses come out in panels which are put together on site, much as we did with our Waupaca house. We’ll be doing a metal roof—the simple lines ensure this is something Marc can probably handle on his own or with a friend. As much will be owner-built as our old bodies allow, but we have back-up in a good friend in that area who is a building contractor.

The blog will take a different turn for awhile as I chronicle the building of yet another house for the Duskes! This could run a couple of years but we’ll be parking and living in the RV there all summer so should make good progress in getting the pole barn up and at least the house shell and utilities in. As always, stay tuned for future developments and thanks for following along! Happy New Year everyone!

Claudia
My husband and I are transplants to WI from a lifetime in the West. We're now fully retired, but not stopping!. Since we're no longer fulltime RVers, we continue to enjoy our RV on shorter jaunts. We're also starting a lifetime dream of owner building our new home directly on a northern lake. Much of my free time is spent volunteering for the Humane Society, a highly worthy cause.