There really hasn’t been a lot going on here since Marc ended up being out of town for about ten days on his recent supervisory visit to the projects. He travels during his time off over Sundays usually so did a very long stretch with no days off so arrived home extremely tired. Since he is salaried, there’s no watching the time clock on his job and he’s probably easily working 60 hour weeks which is hard to keep up with when you’re getting to be an old guy!

I had a good meeting with the Blenker representative to make selections and decisions on the interior & exterior of the home and am into deep consideration now of wall colors. So far I’m weighing in heavily on grey-greens and grey-blues for those; I’m sick of whites, tans and beiges and figure any dark colors are a real no-no in this climate since it is gloomy much of the time. I’ve also been trying to narrow down some flooring choices knowing that what I really want (real hardwood) isn’t going to happen this first go-round so I’ll need to come up with something we can live with for a few years. I’ve been pleasantly surprised with the new choices in laminates which they are now even making in things like look-alike slate.

If I end up getting my cabinet choice in the kitchen*, I’ve chosen a very nice granite-look Formica which goes very well. I actually prefer Formica over granite as I don’t like the coldness and hardness of granite since I am fumble-fingers and often dropping glassware and plates. Formica is much more forgiving! Plus, they have now come up with a way to attach an under-mount sink so I am able to get the deep, one hole stainless apron front sink I wanted. *This cabinet finish, being hand distressed and glazed, is a whopping 40% up charge over other stain choices so the question is whether we can truly afford these. To help out, I specified in the kitchen design, that all uppers be open shelving which will actually be builder-built and painted white. This should actually give more storage area and has the added benefit of creating a nice open and airy look thus visually expanding the space more even though this will be a great sized kitchen at around 11x20 feet.

The first photo shows the door style I’ve chosen and it will be on knotty alder which will hopefully create the rustic look I am after. The second picture shows my choice of counter top and the third picture shows the runner up. I dearly loved this dramatic dark granite look, thought it went fantastic with the cabinet sample  and was so realistic looking, but overall I thought it would just end up being way too dark for a kitchen. I prefer a nice, bright kitchen, something cheery, rather than weighty. 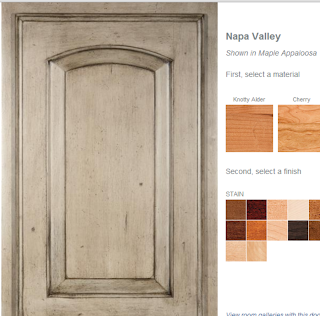 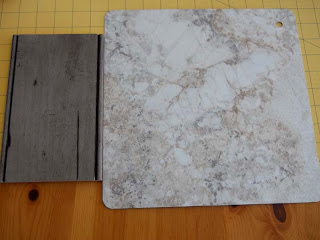 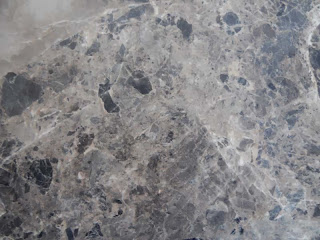 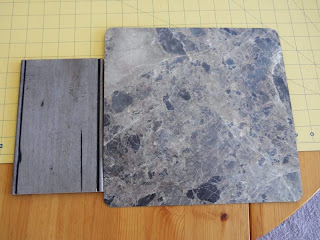 Marc finally has a weekend off so we will be working on moving more things from our apartment garage to our shop and the apple trees are now due for pruning and spraying before they bud. Wisconsin’s winter has been one of the hardest on record; we surpassed the 1910 record set for most amount of minus degree days, at 55 so far. We have about 28” of snow on the ground currently, with a little over 70” of snowfall recorded. We have averaged 20 degrees below normal temperature ranges since November. To say we’re ready for spring is a gross understatement! Bring it on!
Posted by Claudia at 7:19 AM