There is a truism in real estate valuation which essentially translates to “highest and best use” of any given property. Highest and best use of a property factors in zoning laws and bringing a property to its maximum value by careful consideration of how it should be used and what should be built upon it. You wouldn’t take a 50-acre parcel of cow pasture and maintain it that way in the middle of New York City for instance.

Our new property is so singular; so beautiful, that truthfully it should sport at least a million-dollar home or even a multi-million-dollar compound to really maximize its value. So, what happens if we leave it as our private campground? We’re in consideration of this….

We’ve come to the conclusion rather quickly, that short of selling our Waupaca place we won’t have enough cash to really build another full-blown residence here. (We like being debt free and intend to remain that way!). Based upon what we built in Waupaca in 2014-15 for under $150,000 we thought we could. Ha, more like double that in today’s dollars. It would be much easier if we knew for sure we wanted to live here year-round but that is still an unanswered question. It’s particularly hard for Marc to consider giving up what he’s built in our Waupaca home basement: his man cave, huge office space, and wood working workshop. I understand—to think of having to transport all that heavy stuff back up the stairs and move it 145 miles and set it up in another location is a daunting thought.

So right now, our best thoughts are for leaving this as a second location we use for maybe six months of the year. We could continue (after building the outbuildings) to just move the RV out of its storage every spring and move back in for the summer and fall. However, this RV (after being spoiled by our 40-foot Travel Supreme) leaves a lot to be desired in terms of long-term living. It’s fine for camping but not something I really want to live in every summer on a permanent basis.

A small cabin is still under consideration but we’ve also moved on to include a couple of other options. I asked Marc one day “would you consider another park model?” Many of you long time readers may recall we bought one in WI and had it shipped to the Oregon coast back in 2008, then later shipped it to our lot in Yuma. I really enjoyed living in it and other than the small bedroom which only had room for a queen bed, found it to be comfortable in terms of space. 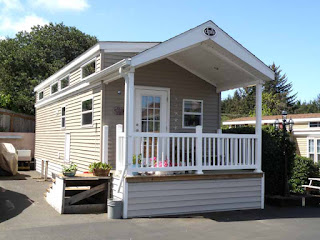 More recent park models have far advanced and many now provide bedroom dimensions which allow for a King size bed. Some are even up to 15 foot wide and more squarish in configuration, which make them seem less like a trailer. With these advances however, has also come a tremendous increase in cost, with most pushing the $100,000 and more range. But what isn’t getting expensive, right? 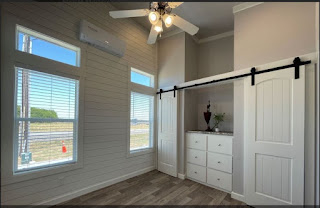 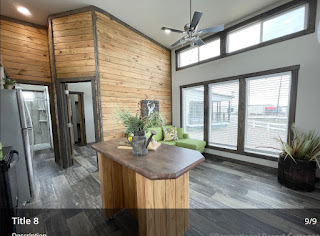 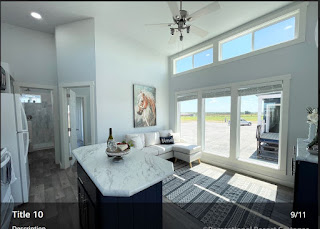 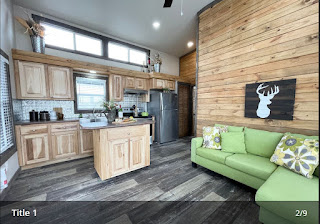 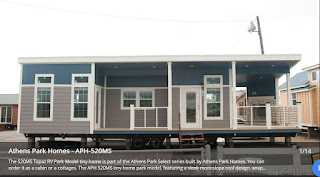 It also seems strange to me that the Midwest and east coast manufacturers seem to be well behind the times in what they offer as opposed to the West coast, which feature more modern advances like drywall, metal roofs, attached front porches and interesting rooflines. Those that are most appealing to me would require cross-country shipping, which surely would add at least ten grand to the price.

There are several advantages to a park model over a stick built cabin or larger manufactured home for us: namely, the fact that they’re classified as an RV so don’t need any sort of permit to place and they won’t impact or raise our property taxes. Given that WI is a fairly high property tax state, this is huge. It could also always be sold off later on if someone desired building upon this property. Building a small cabin here would be a finality; it would always just be a small cabin residence unless someone added onto it since zoning is only for single family residence.

Another avenue of thought is for us to get busy demolishing the Travel Supreme body and use the frame and axles as a foundation upon which to build a tiny home on wheels totally of our design and desires. Self-building would not require any permits or inspections that we’re aware of and a onetime move permit from DMV would allow us to bring it here with the Freightliner. We would not plan on it moving again.
Marc said the frame could be extended from its current 8.5 feet to 10, thus giving us a likely 400+ sf on the main floor if we did a couple cantilever bumpouts. Everything would be cathedral ceilings and main floor—we’re not interested in having any loft spaces. This actually holds some appeal since they’ve always been a fascination to me and one could get really creative on a dime, so to speak, and the overall costs would likely be significantly less than purchasing something. There’s never anything wrong with having money “left over” is there? Here again, tiny home advances over those that initially were built 20 years ago are fabulous! Just look at some of these: 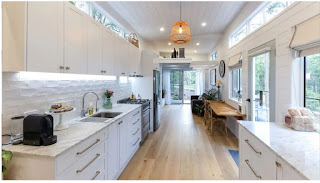 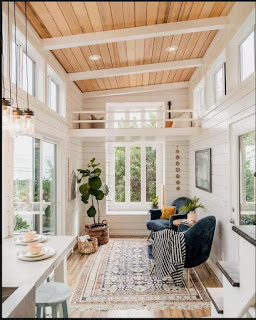 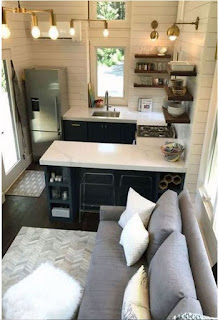 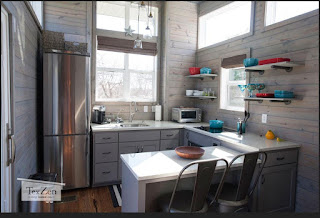 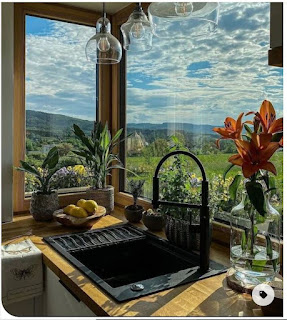 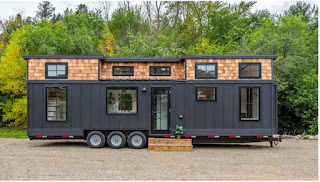 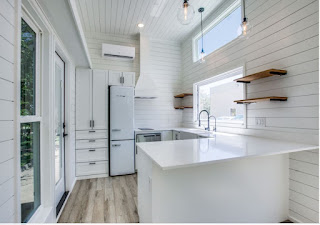 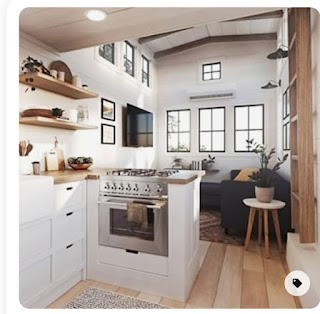 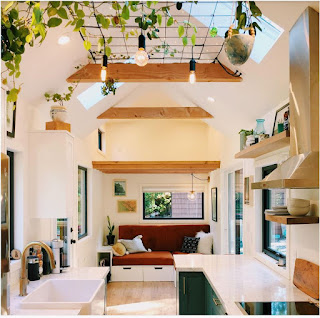 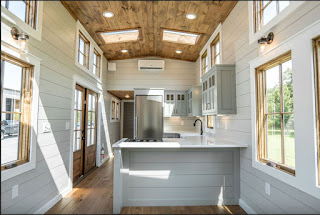 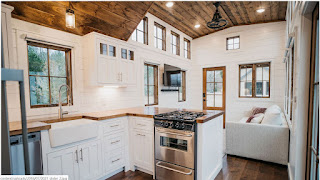 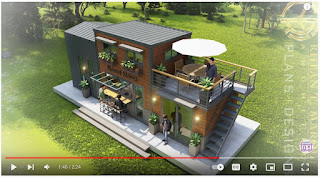 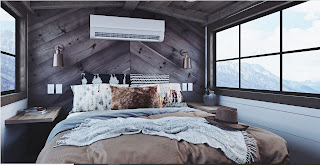 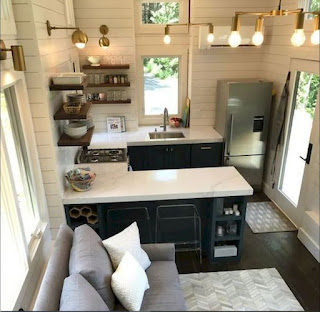 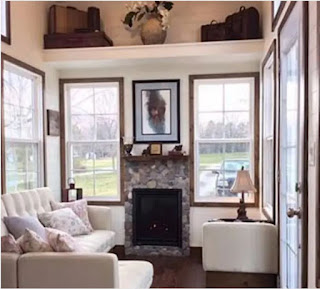 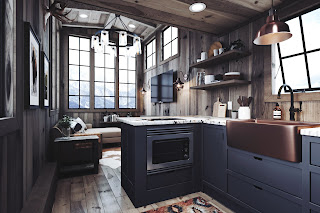 (This last photo leaves me positively drooling! Those windows; our lake view!)

A park model makes it much easier on Marc; a tiny home would entail likely another summer of construction for him. It’s a lot to think about and right now I’m torn 50-50 if we elect to consider either of these possibilities. Which would you do?