The Rest of the Story: Rest in Peace Mom 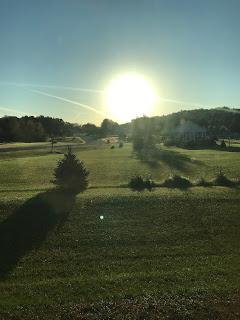 My mother finally passed away quietly in a moment when she had to herself on Friday, September 26th. My son and his wife had diligently stayed by her bedside for most of the time as they took off work, but had gone home for a break. An aide had come in to wipe her face and check on her and had stepped out for a few minutes to check on another patient and when she came back, mom was gone.

It turns out a Do Not Resuscitate Order is a terrible thing to live through. We usually think of death as happening fairly quickly but the truth is a horrible thing to witness. The body is not given anything beyond comfort care, which can include drugs, but no fluids or sustenance, so what happens is that it slowly dehydrates and finally starts collapsing the organs. The skin falls away from the bones, the extremities become ice blue and cold. They don’t even allow the patient to wear an oximeter excepting by request occasionally. In my mother’s case, with strong lungs and heart, her oxygen levels, which typically signal oncoming death by precipitously dropping, remained stubbornly high so she continued to breathe on in her mysterious death sleep.

She died before I had a chance to leave WI. Marc returned from New Mexico, unpacked and then packed the RV and we left for the long drive West. It was a tedious and tense trip; my daughter-in-law graciously handled the cremation duties for my mother as my son had to return to work. The trip across the northern tier states was without incident excepting when we broke a trailer wheel in Bozeman, MT and had to take time to buy another and change that out at a Big O. It went from being 99 degrees in eastern Montana to a low of 18 the morning we woke up in a cow camp boondock in northern Idaho. We finally arrived in Bend, got parked and settled and started in on the madness that was the clearing out and sorting of all my mother’s possessions. 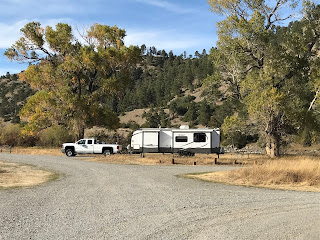 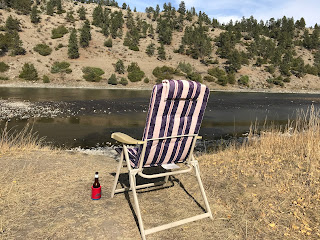 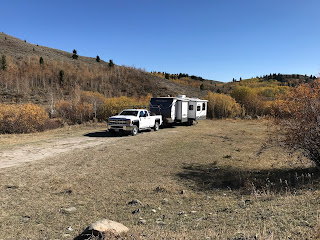 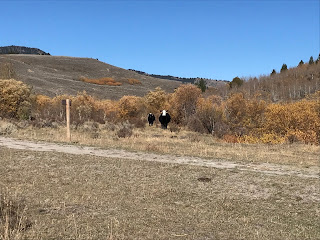 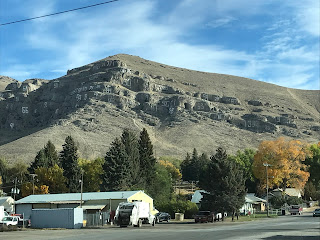 She was a child of the Depression and thus had never been able to break the “habit” that every single thing should be used, well used, used up and then maybe even saved for its parts or potential usefulness later down the line. I can’t begin to describe how much shit we threw out. Thankfully, years ago, my father had built a huge hydraulic dump trailer out of an old dump truck and without that we would have been screwed. As a frugal person, my mother would be turning over in her grave to know how much we spent on dump fees as Marc and my brother made trip after trip for days. They became on a first name basis with the dump fee gal at the kiosk. In addition to her house, there was also a lot of debris and junk scattered around the property. 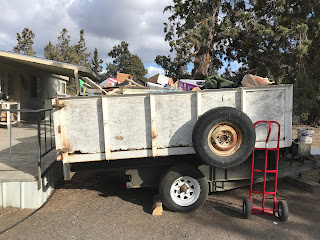 After a couple of weeks, we finally were to the point where we tried to hold a garage sale but it was not a roaring success. Many of her most treasured possessions, like her china set, were thrown out. No one wants that stuff anymore; we couldn’t even get thrift stores to take it. Her stuff was old and she had gotten most of the use out of the items and even though many were perfectly serviceable (particularly the old USA made appliances that go forever) they didn’t seem to be desired. Having come out in the RV, our storage capacity was extremely limited in what we could end up taking back with us. Old photos and memorabilia alone ended up filling many boxes. 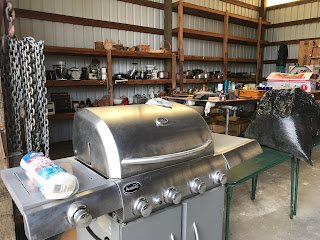 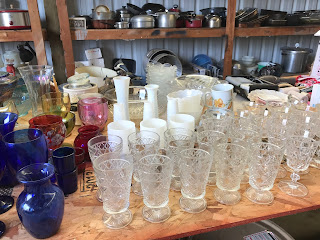 The hardest part for me was sorting through her sewing room. My mother took up quilting with a church group after my father’s death 11 years ago and she became prolific. One bedroom was dedicated with many sewing tables, four sewing machines and stacks upon stacks of fabrics. We ended up donating all of that to her sewing group the “Sew n Sews”, and they were so grateful as they had loved her dearly. The church had a celebration of life for her on October 30th and we are so thankful for their presence in her life in her last years. 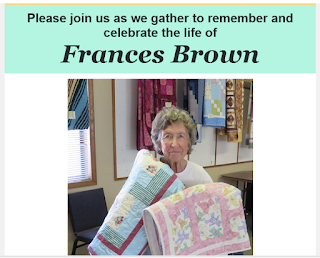 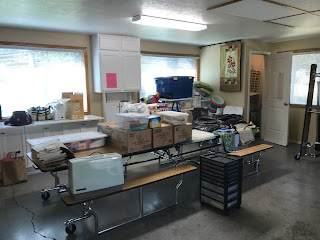 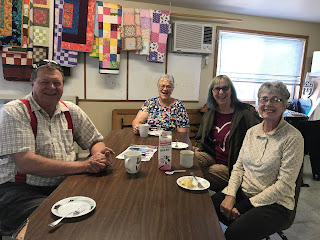 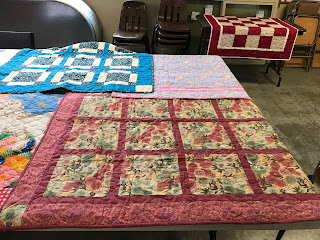 The weather in Bend continued to turn ever nastier and we knew we had to make an escape as quickly as we could to beat any major storms crossing the country. Marc drove my mom’s ashes to the pioneer cemetery in northern Ca where she would be interred next to my father and managed to work in seeing his sister along the way. The property was photographed and listed and despite our initial expectations and high hopes, it appears to be languishing on a slowing Bend market. My brother will continue to live there in his trailer while we await its sale, which may not happen until next Spring given the time of year.

The trip back to WI was again mostly without incident excepting for being blown off the interstate near Laramie, WY when they closed I80 to high profile vehicles. We sat out the day and night in a wide spot with other semis and a magnificent view. We slid into home just before snow flurries started the next day and are still in the process of unpacking everything. 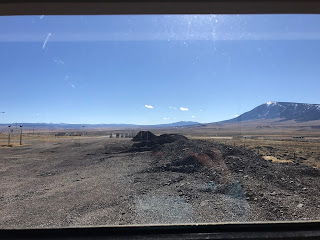 I miss my mother and am still processing her death. The looming Thanksgiving holiday will bring it home even more keenly as I dwell on so many family gatherings over that holiday. Mom had a good, long life though, she was 94. She was viable, vibrant, all there mentally and mostly physically, right up until the moment she wasn’t. No one can ask for more. Goodnight, sweet, sweet lady; you’re finally back with Dad now. 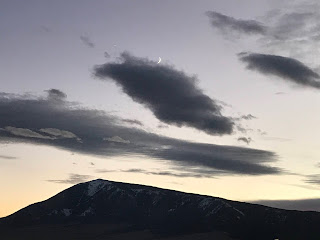