Our Home for 30 Days

If you are on a time budget hauling an RV, never take Hwy. 247 through California’s eastern desert area! This narrower, hilly and sinuous highway, running through several smaller desert towns, can really cause one to lose time and such was the case for us heading for our new project in Bakersfield. Looking at the map and noting much BLM land, I had the mistaken impression that boondocking off this highway would be an easy thing. All the small dirt roads leaving the pavement looked unsuitably sandy and rough and thus we ended up tired and frustrated by the time we reached Barstow.

Since the left taillight had gone out on the RV, we pulled into the Home Depot sitting alongside I-15 for Marc to purchase repair parts. A little known fact is that Home Depot has a generally liberal policy on allowing overnight parking for RVers and we have often used them all across the U.S. Asking in the store for permission and finding no objections, we soon had ourselves set up for a relatively peaceful night behind the well lit store. The views weren’t bad either! 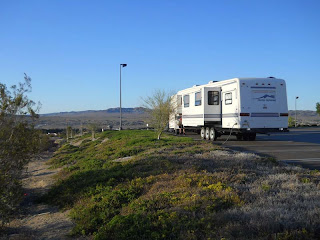 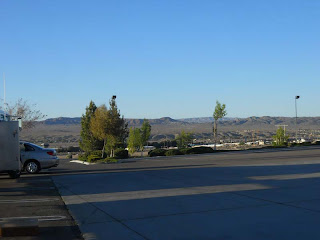 From Barstow it was an easy morning trek the following day into the Bakersfield RV Resort, our home for the next month, which sits behind a gated entrance on nicely manicured and opulent grounds. There is a sparkling pool and spa, weight room and even an on-site restaurant with patio dining. 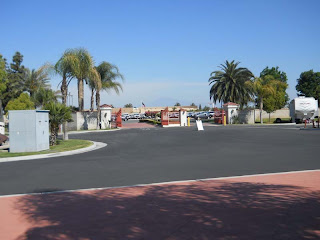 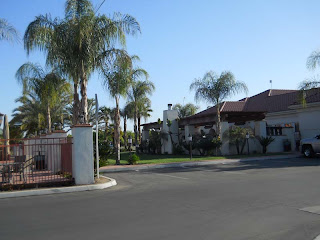 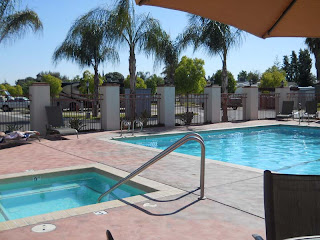 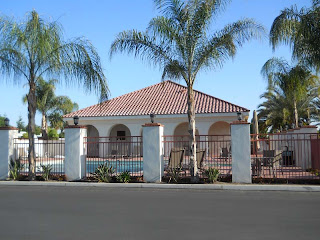 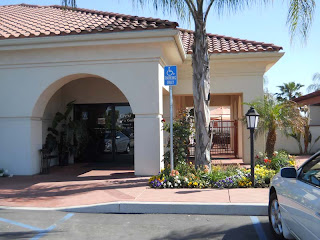 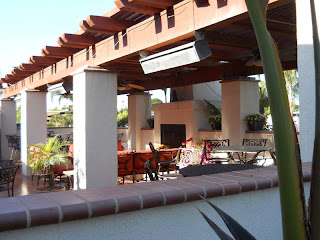 Those are the upsides—the downside is that there is no extra parking so we had to rent two adjacent spaces so we would have room for the truck and Saturn. Although the adjacent site isn’t charged a full blown rate, at $300 a month just to park an extra vehicle, it doesn’t come cheap. The other objection is that excepting for a spot in the main office, internet connection is virtually non-existent, even using our MIFI card. There are radio towers and high voltage lines which seem to cancel out signals, so a month without internet directly from the RV is going to be a total pain. 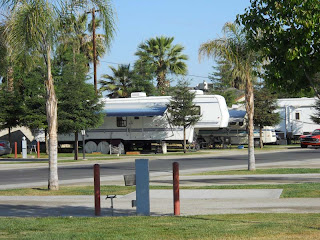 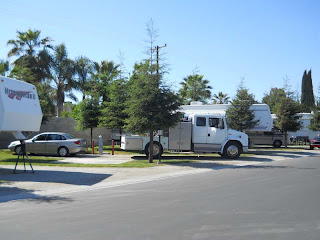 Given our two sites and backing up to a tall back wall of the park, it does allow Rocket lots of room to frolic in the grass and is fairly private. It’s great too that there is lots of bird life in the small trees to occupy his time. So overall, Bakersfield shouldn’t be a bad gig; excepting of course, the lack of internet. 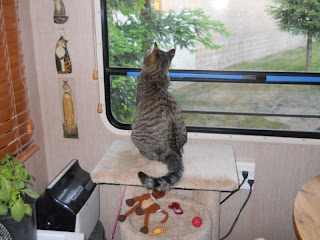