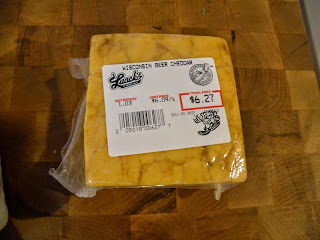 We’re planning a quiet holiday with lots of turkey and lots of kitty love! I’ve been spending an inordinate amount of time hand-raising this little girl we’ve named Spirit. She gets livelier by the day and thus more demanding as well. She has definitely wormed her way into our hearts but we keep telling ourselves four cats would just be way too many. We are desperately seeking her a home, not wanting to see her go back to the shelter for life in a cage. Being hand raised, she is very imprinted on people so should make an excellent cat for someone. 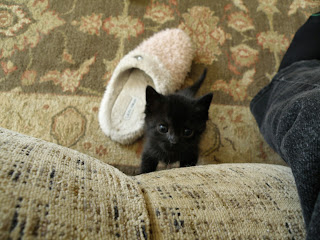 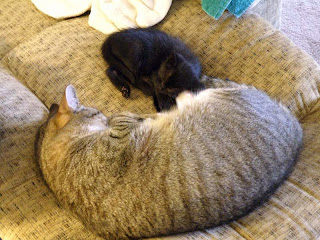 Marc has about completed the wiring and will hope to get much of the main floor insulation hung through this weekend. We have a thing about never having enough outlets in the kitchen particularly, so as can be seen in the picture, Marc made sure our new kitchen should not suffer that defect! The power company now has all inspections and permits issued which will allow them to install power. Since Marc has two new projects about to break ground however, he will not make his December 1 deadline to head west. In fact, he will need to be in North Dakota all next week more than likely. 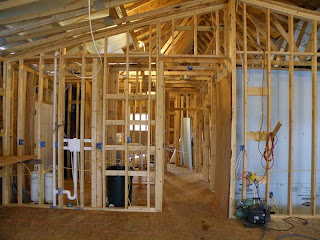 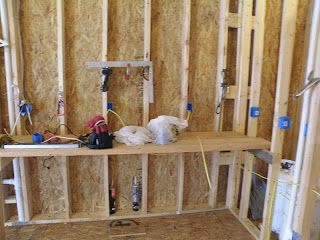 I am stepping up to spend even more time helping out at the shelter since they are down two cleaning people and short staffed. Heavy snow prevented me from getting in my first day yesterday but I should be able to get there today to clean all the cat cages in the rooms I normally work in socializing the cats. I will do this up to three times a week for as long as it is necessary, weather permitting. Their needs are great and I have the time; the shelter is over capacity with cats now numbering 77, around 30-40 of which must be kittens of various ages. That’s another reason for us to find Spirit a home soon; she could very well be lost in the shuffle of so many other black kittens needing homes. 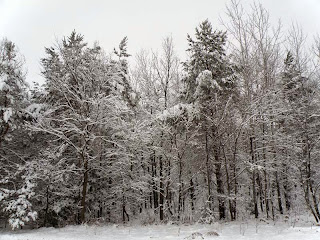 We hope your holiday is filled with thankfulness and the camaraderie of those you love the most. I sure miss my family!
Posted by Claudia at 4:44 PM

Marc’s been working hard as ever only now combating extremely cold temps and a little snow. We passed our rough plumbing and temporary electrical box inspection this morning so he is now free to move ahead with the rough electrical. He has the first layer of insulation done in the basement, with a like-layer yet to go. I have thrown in the towel on being able to help him due to the extreme cold, which I just can’t tolerate. I lose all feeling in my hands and feet and get searing headaches when the cold reaches my ears.

I’ve been kept really busy with fund-raising events and meetings for the shelter however, including one yesterday where we did a “Fill the truck” donation drive at Waupaca’s largest grocery store. We asked patrons to purchase us items off a wish list as they shopped and the response was very generous. With my background in sales, it was easy for me to develop a spiel and forcefulness which at least required people to take my proffered handout list before they got around me! It was gratifying to see the ones who came back out, loaded down with the largest bags of dog or cat food, and all manner of everything else the shelter uses on a daily basis, like soaps, bleach, pet treats, and paper towels. I have another function this coming Saturday, a craft sale to which I’ve contributed about fourteen pair of my handmade earrings, which I will man during the afternoon shift.

The most exciting event though happened this past Thursday as I was working my normal day with the cats at the shelter. Someone said they found a tiny kitten abandoned in a barn so brought it in. In actuality, even though the people said they searched for the mother, I think the mother was in the middle of moving her litter and was just hiding. The kitten was in great shape and hadn’t frozen the previous night or that morning which it would have if abandoned. But the damage was done so the shelter had to deal with it. Due to so many functions and things happening at the shelter, there really wasn’t anyone available to take the kitten and she was so young and so tiny she required bottle feeding. Well, not even bottle feeding, but syringe feeding! 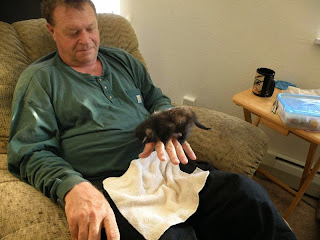 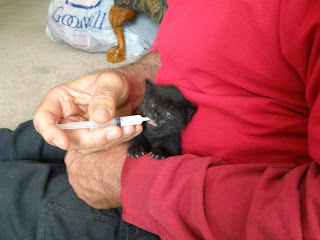 So by default I inherited a new baby and am relearning the preciousness of life and just how fragile it can be. We’ve named her Spirit due to her fighting spunkiness and I have a pretty good feeling she will make it. We guesstimate her age at between two and three weeks; her eyes haven’t been opened all that long and are still blue. She herself is black and looks like a miniature bear cub and is an engaging little dear. She’s already making great strides; she recognizes me as Mommy and comes wobbling across the room at the sound of my voice. I will likely foster her for at least a month and I’m sure it will be difficult to give her up knowing she will then be caged and alone much of the time. For now she curls into the palm of my hand or against the crook of my neck to fall asleep after she’s been fed, which seems to be every two hours. Oh, yes: there are the nighttime feedings as well. Just like being a mother again….
Posted by Claudia at 2:54 PM

Yeah, I know the calendar doesn't say so but there’s nothing like an end of October snowfall to put an end to fall and move us into a premature winter. What leaves had clung to the branches seemed to fall willingly once the snow coated everything very early in the morning of Halloween and it’s a rare tree now that sports any remnants trying to hang on. Fortunately, the ground isn’t quite cold enough yet so our snowfall melted quickly and never did stick to the highways.


In amongst the cold and brief snow, our septic got installed, inspected and covered over in less than a week. While it was open it resembled the Lazy River in its meandering pathway, which was done way differently than what we are used to. There is still some final grading to be done around the house by the excavator once the ground settles. 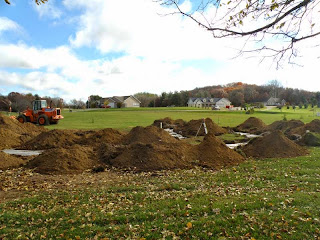 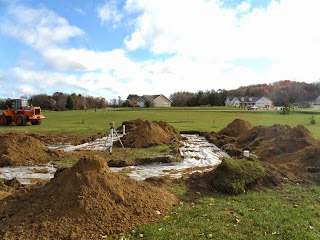 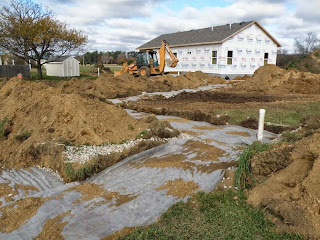 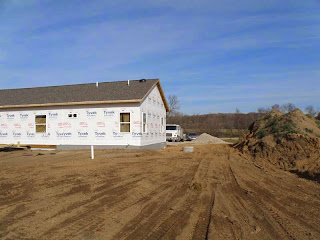 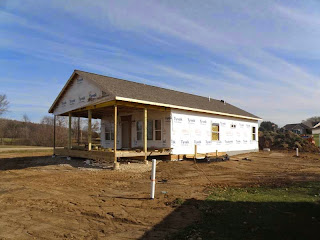 Marc’s helper Jason lent his hand one day to gain further progress on the roof and Marc was finally able to finish that up last evening. His knees and ankles are screaming from the pain of working at such an angle for so long. I’m not sure the labor savings was worth the toll on his body. He’s paying the price and is pretty stove up now. 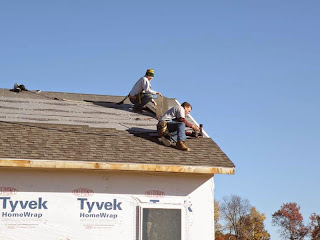 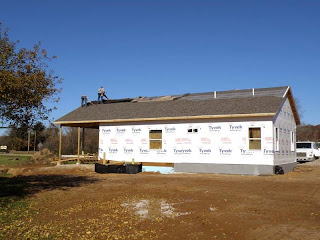 Progress continues on the plumbing. 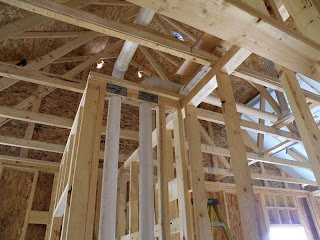